Nice report on what things are made of that I DIDN'T cover in the book. See this link.
Posted by Richard Gibson at 7:42 AM No comments:

This post is my first venture into video podcasting... it's based on the book, and it's a discussion about graphite and the pencil.

Posted by Richard Gibson at 9:23 AM No comments: 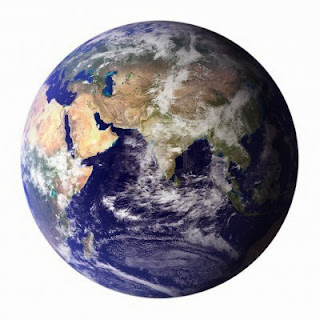 by Richard I. Gibson

An article I read today about the possible demise of globalization got me thinking.

The primary purpose of my book What Things Are Made Of was to point out the nature of the globalized resource market, and the largely unrealized deep dependency that the United States has on raw materials from all over the world. Isolationism and American self-righteousness and pride simply won’t work in the face of the fact that we import substantial quantities of the vast majority of materials that make the American lifestyle. That’s a fact of life in America today, no matter how much Americans might like to feel that they are independent of other nations.

In the “Trends” section of my book, I consciously refrain from making any really sweeping predictions, because I know full well that fads, new inventions and new technology, and other factors can seriously affect supply and demand for mineral resources. (See this post pointing our the error of my ways.)

The article cited above suggests 3-D printing as a new technology that might enhance a possible trend away from globalization: print a new faucet at home rather than buying one made in China, thereby reducing international trade. If that faucet can be made from U.S.-mined resources, all well and good, and new-tech might indeed allow for a viable faucet made of plastic (which might be made from U.S.-produced natural gas), or even some renewable cellulose-based material. But to make anything like a present-day water faucet, you still need mineral resources that the U.S. simply does not have.

The U.S. is a net exporter of iron, the basic commodity in steel faucets, but it’s the additives that make it what we expect – strong, rust-resistant, long-lasting – and that require outside sources. Manganese (which makes steel wear-resistant) in ferroalloys is not mined in the United States. Most of the $1.4-billion worth of manganese that we use annually comes from Gabon and Australia. And there is no known reasonable substitute for manganese in steel alloys.

The nice chrome plating on your faucet comes from another resource that the U.S. does not mine, but thanks to recycling we are only 70% dependent on imports for chromium, mostly from South Africa, Kazakhstan, and Russia.

Those are just two examples. So, while neither applauding nor condemning the concept of globalization, in my opinion, because of the irregular distribution of mineral commodities – commodities that Americans depend on every day, whether they realize it or not – globalization is with us for the foreseeable future, at least for a great many resources.

Globe image public domain, from NASA.
Posted by Richard Gibson at 10:00 AM No comments: